One of the most important rallies of the European Rally Championship will take place this weekend. The Kenotek Ypres Rally is a monument of the rallying calendar and every year many top drivers make their way to Ypres hoping to beat local hero Freddy Loix. Kevin Abbring came very close last year and was in the lead after day 1. Unfortunately, he suffered some mechanical problems and had to retire.

This year, Kevin will have another try, this time driving the Citroën DS3 R5 of J-Motorsport. While preparing for the rally, the team is making sure every detail is right. Abbring went to carry out some tests last weekend to get the right set-up and he also wanted to try the Winmax brake pads. 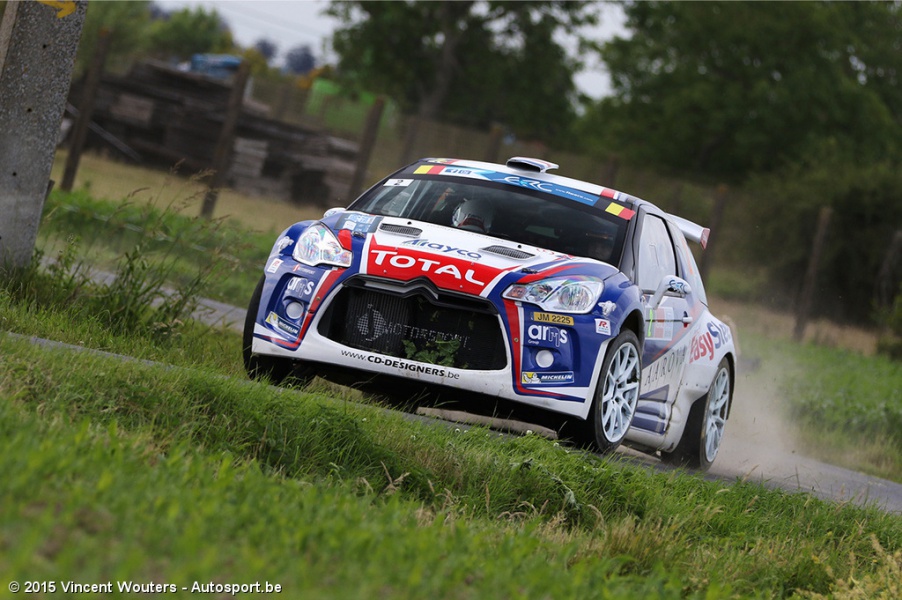 Kevin Abbring: “I had already used the Winmax brake pads with Hyundai Motorsport at the Sweden Rally. Also my team mate Hayden Paddon is using the Winmax brake pads already the whole year and we saw in Sardinia that they can help achieving top results. In Ypres, the brakes are crucial, so I do not want to take any risks.”

The test was really intense, but Kevin Abbring was quickly convinced which pads to use.

“We straight away could feel the difference, so the choice was made quickly: In Ypres we will surely use Winmax brake pads.“ said an excited Abbring.

The Kenotek Ypres Rally starts on Friday 26 June and on Saturday evening, 27 June, we will know the winner. We’re sure it will be an intense fight again and Kevin Abbring will surely play a major role here.