On 23 and 24 April the new season of the very exciting European Nascar will kick off in Valencia. Winmax Brake Pads will be the new supplier of all cars racing in the Nascar Whelen Euro Series this season and for the following 2017 and 2018 seasons!

The Euro-Nascar cars are clearly a new challenge for Winmax but after good testing, the approval was obtained to equip all cars of the Nascar Whelen Euro Series with Winmax Brake Pads.

Jérome Galpin, President of the Nascar Whelen Euro Series: “We are always looking for improving our cars. The Nascar Whelen Euro Series are very successful and it is very important that our cars remain one of the best ratio between performances, drivability and fun across Europe. Winmax are high end brake pads that will perform very well in our series. During our tests both top drivers and gentlemen drivers were satisfied with their performance.” 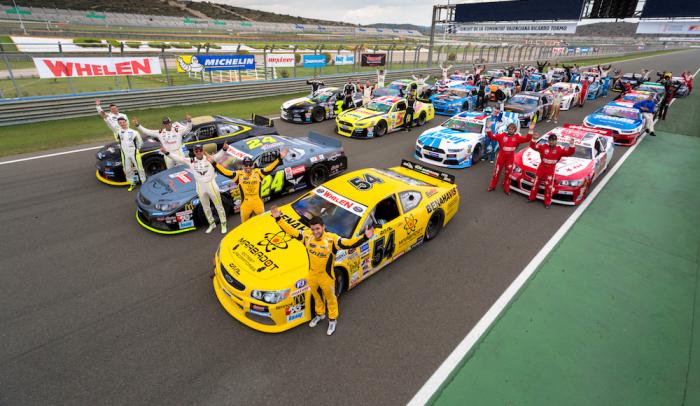 Dirk Van der Sluys, Winmax Europe : “The Euro-Nascar are different from the competition cars we are used to work with in Europe and it was a real challenge for Winmax to create a pad that would perform at the highest level. In the US, some teams already use Winmax Brake Pads, so we were pretty confident the performance of our pads would be OK in Europe too. We are very pleased with this collaboration and are really looking forward to the first race this weekend in Valencia.”

Winmax is the largest manufacturer of motorsport pads in Japan and came to Europe few years ago. They immediately made an excellent impression by being the choice of several top teams in rally and circuit racing. Winmax supplies top end brake pads for several teams in WRC, WTCC and GT3. But Winmax also plays in the national championships with top teams being customer in about every European country.