The Winmax brake pads are becoming more and more famous in the top layers of motorsports. The Japanese number 1 of motorsports brake pads is distributing its products in Europe nowadays and many drivers could already sample their outstanding qualities.

Last weekend, Hayden Paddon, the official Hyundai WRC-driver, managed to park his Hyundai i20 WRC on the second spot of the WRC Rally of Sardinia, and this using Winmax brake pads. Last year, we saw Pech Jr giving the Japanese company its first ERC win by coming home first in the Barum Rally in his Mini RRC. Since the beginning of this season, many WRC drivers are choosing Winmax. 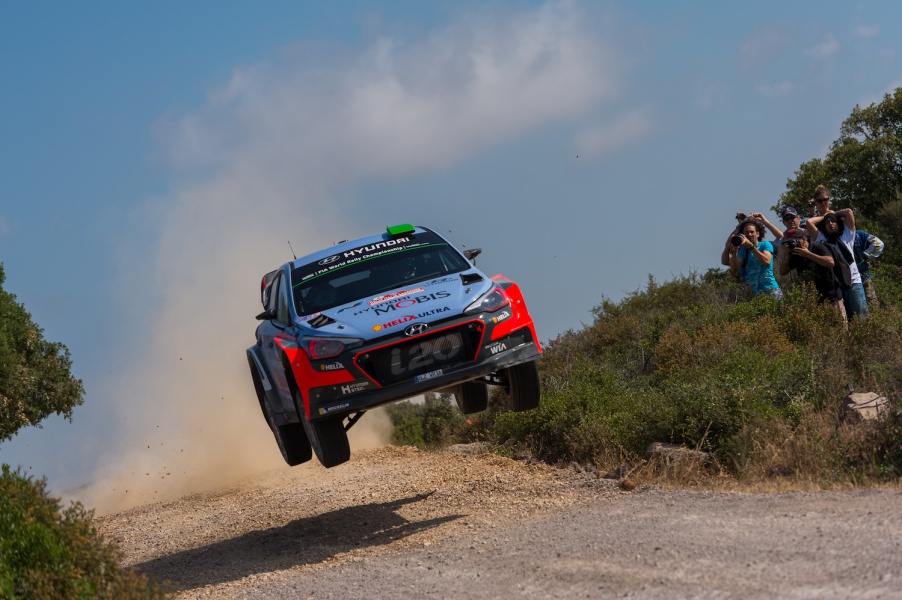 And on the tracks, interest is even bigger! 2 of the 3 official factory teams competing in the WTCC have chosen for Winmax. Lada Motorsport driver Rob Huff came second in the season’s second race in Moscow. Honda Racing has carried out a lot of extensive testing and finally also decided to use the Winmax brake pads on the official Honda Civics.

Winmax Europe has meanwhile really extended its dealer network and has been carrying out a lot of testing with factory teams at the highest level of the discipline.

Dirk Van der Sluys of Winmax Europe comments : “We started distributing the Winmax brake pads in Europe about one and a half year ago and the interest is growing by the day. We now have a dealer network of about 20 dealers all over Europe. They are in direct communication with the customers and give us very good feedback about the product. Carrying out the test with different top motorsport teams is another priority. We are testing increasingly with teams running GT3-cars who confirmed the quality of the Winmax brake pads. But this is only the beginning. We are confident that the pads will soon be used in all areas of motorsports.”

You can find more information about Winmax on the website www.winmaxeurope.com or on the “Winmax Brake Pads” page on Facebook.