The team carried out several tests this winter at their “home base” of Magny Cours and decided to select WinMax. As well the top drivers, James Thompson and Rob Huff, as the young Russian Mikhail Kozlovskiy, were very impressed with the immediate bite and the constant performance at high temperatures the Winmax Brake Pads provided.

Dirk Van der Sluys (Winmax Europe) : “We already managed to convince several top teams and drivers in rallying to use our pads and we’ve now started focussing on track racing too. Some compounds are clearly very competitive. The people of Lada Sport came to the same conclusion and decided to use the Winmax Brake Pads on their brand new Vesta. The season is off to a promising start as the Lada Vesta is going very well and we’re expecting some strong results!”

Viktor Shapovalov (Lada Sport director) : “We are happy to cooperate with Winmax as it is highly professional company providing the product of extra quality. New Vesta cars have already had a first taste of the track with new brake pads, and we are satisfied with cars performance. No doubts, the success on the track depends on many things, and the quality of racing components plays a very important role.” 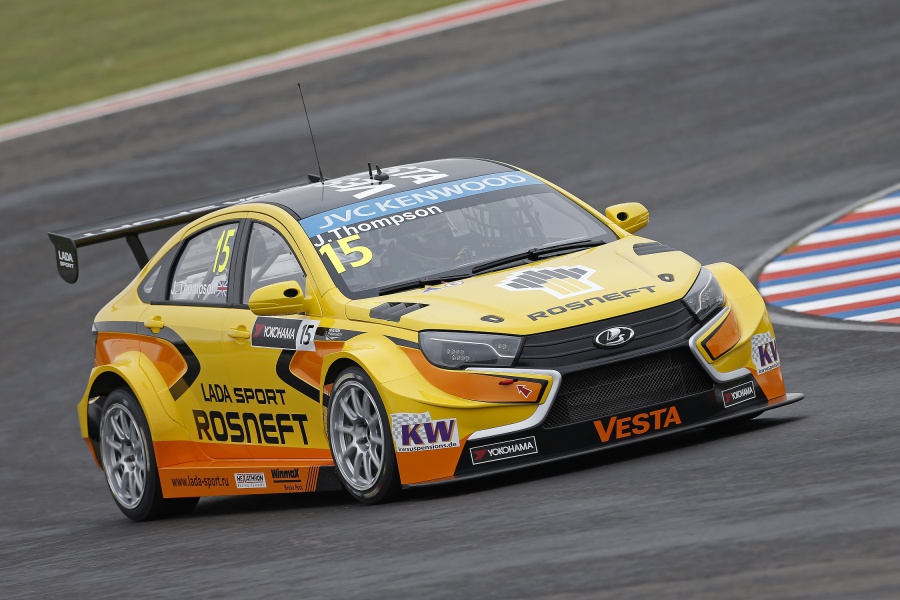 The World Touring Car Championship 2015 kicked off last weekend in Argentina on the circuit of Termas de Río Hondo. There will be 12 races this season, the final leg being run in Qatar. Lada Sport Rosneft will compete in all races, running 3 new Lada Vestas, with exception of Argentina where they only entered 2 cars.