In the World Rally Championship, there are the official Hyundai WRC’s of Paddon and Abbring that are running the Winmax brake pads. The results of Paddon in the last 3 WRC rallies have shown the qualities of the Winmax products.

These qualities were also confirmed on track as the official Lada Vesta’s posted some very good results in the last WTCC races, obtaining several podium finishes.

Meanwhile, Historic Rallying and Racing is getting very popular. We see more and better cars and the level of competition is increasing. Winmax quickly found a way to the Historic Rallying scene… and straight away struck gold! 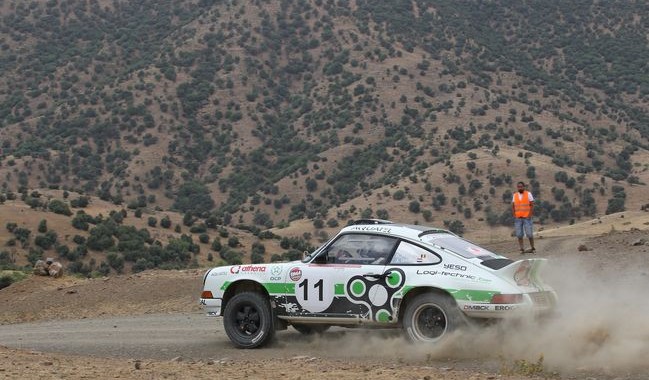 BMA team manager and former top driver, Bernard Munster is a known quantity in Historic rallying. He and his drivers are setting the pace in many of the European Historic rallies. Munster started using the Winmax brake pads in the Legend Boucles de Spa earlier this year on his Porsche 911 and he was straight away convinced of the quality.

“We came third overall in Spa,” says Munster, “after the rally I noticed that the Winmax pads were merely worn. I used them again in the RAC Rally Historic but, unfortunately, had to retire half way, due to a mechanical failure. This being said, the pads were still not worn despite working very well during the rally. So we went on to Morocco with the same set. Here we managed to win the 2700km rally, going over 25 fast stages! And the same set of Winmax pads again worked very well! Meanwhile, they still look good so we might use them in our next event, the East African Rally (Kenia) in November.”

Thanks to the victory in Morocco, we notice a lot of interest in the Winmax pads in the Historic rallying scene. Qualities such as performance and endurance are highly rated and appreciated.